French poet, Hispanist, translator, academic and professor at the Sorbonne University. He was one of the great scholars of the life and work of Federico García Lorca, the first to investigate his murder and to conclude that the poet was buried in the Barranco de Víznar along with hundreds of others shot in the early days of nationalist repression in the Spanish Civil War. He also studied and disseminated in France the work of other Spanish and Latin American writers such as Nicolás Guillén, Rafael Alberti, Miguel Ángel Asturias or Miguel Hernández. Through his translations and anthologies, he played a very important role in the promotion of Spanish writers in France.

He was born in 1926, in Caen. He studied Hispanic Philology and in 1945 he began to publish studies and translations of various Spanish and Latin American authors. In 1948, he took a trip to Granada to investigate the death of Federico García Lorca. Although later other foreign scholars such as Agustín Penón or Ian Gibson took the same trip and with the same intention, he was the first. Upon his arrival, only nine years after the end of the war, he found a wall of silence and fear around the figure of the poet.

In the face of their investigations into Lorca’s death, the Franco Regime started to fear a massive influx of researchers and curious people and decided to plant pine trees the area around Víznar and Alfacar in an attempt to hide the mass graves.

A Spanish teacher in France, who had fought in the International Brigades, was the one who told him about the poet’s death and raised an investigative curiosity that eventually became a passion. He then decided to travel to Granada and investigate Federico’s murder. Everyone told him that it was very dangerous, since the murderers were still in the city. Finally, a student, whose father had been killed in the same days as Lorca, wanted to help him and took him to Víznar. There he was able to distinguish the undulations of the graves, in a landscape still undisturbed. He published a first article in Le Figaró in 1950 and created an international stir. Intellectuals and poets began to contact him and in some cases he ended up being their translator. One of the reactions of the Regime to the article, which feared a massive influx of researchers and curious people, was the planting of pine trees in the Víznar and Alfacar areas. 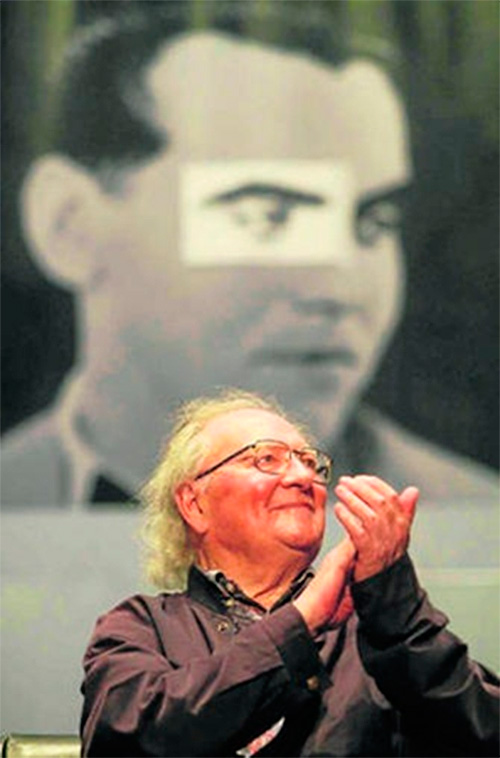 In 1953, he published The Crime Took Place in Granada, in Madrugada Publishing House, Central University of Quito. In 1962, he published in Seghers A Grenade sur les pas de García Lorca. Although he has been one of the most consulted authors during the various searches for the remains of the poet, he has expressed his disagreement with it on different occasions: “I am not in favor of searching for his remains. He has to rest in peace with the dead. I suppose that the family does not want it either because a myth has already been created with respect to that. With García Lorca many myths have been created, some false, now it is difficult to restore the truth against the legend.”

He was named Knight of the Legion of Honor and awarded France’s Art and Letters Prize. In Fuente Vaqueros he received the Pozo de Oro distinction on June 5, 2011. He died in December 2013.

See all related Hispanists and Researchers
This page uses cookies and other technologies so that we can improve your experience on our sites: Learn more.