Spanish writer born in Granada who excelled in all literary genres except poetry (he only wrote one poem in his life). He was the author of short stories and novels, essayist, translator and press correspondent. During his long life he worked in Europe and America as a jurist and sociologist. He joined the Royal Academy of Language in 1984 and the Academy of Fine Arts in Granada in 2004. Being eight years younger than Federico García Lorca, he did not coincide with him in his Granada years. The meeting between the two took place in the 1920s in Madrid, where Ayala was studying Law and Philosophy and Arts from the age of 16. It was there that their friendship was born. Ayala collaborated at Lorca’s request in the magazine gallo. In Madrid he was associated with the avant-garde artist circles of the time. He was also a regular contributor to the Occidente magazine and La Gaceta Literaria. His most notable early avant-garde work includes the stories The Boxer and an Angel (1929) and Hunter at Dawn (1930).

His friendship with Lorca started in the 1920s in Madrid where Ayala studied Law and Philosophy and Arts from the age of 16.

In 1927, he interviewed García Lorca for Ernesto Giménez Caballero’s magazine La Gaceta Literaria. The work appeared published on June 1 under the title A drama by García Lorca: Mariana Pineda. Ayala defines Lorca as follows: “Doctor in infused science,” he writes with a pen from the wing of San Miguel, dipped in the oblong inkwell of the Plaza Larga: “Prodigy -bullfighter- with roars of laughter (without ever forgetting It has become a Masterpiece)”.

In 1929, Ayala went on a scholarship to Berlin and from there he sent chronicles to various Spanish publications. He received his doctorate in Law from the Complutense University of Madrid and began to teach there. During the Civil War he was a civil servant. At the end of the war he went into exile in Buenos Aires where he spent ten years (one of them was in Rio de Janeiro) and collaborated in publications such as the magazine Sur or Losada. He then moved to Puerto Rico to teach courses at the University of Law. In the United States, years later, he was to teach literature at several universities. In his exile, he began a new stage in his narrative. The collection of short stories The Usurpers (1949), Dog Deaths (1958) and The Garden of Earthly Delights (1971) stand out. 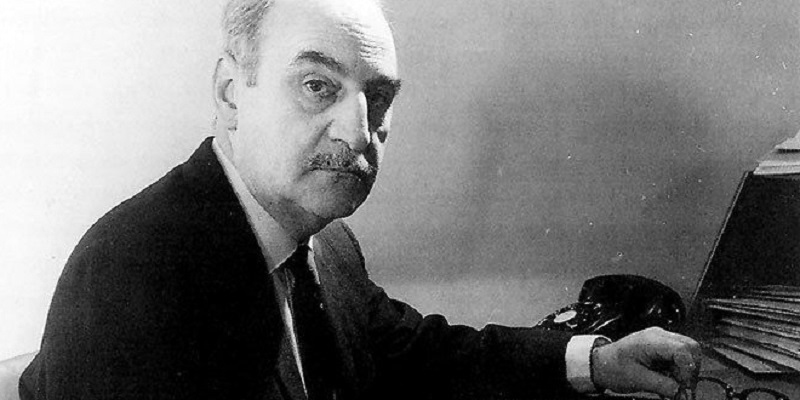 In 1960, he returned clandestinely to Spain for the first time. He then went every summer until 1976. After the death of the dictator he stayed for longer periods in Spain until his final move from the United States. In Spain, Ayala continued his work as a writer, translator, editor, lecturer and press correspondent. He also continued to cultivate sociological and literary essays (including Treaty of Sociology and The Writer in His Century, among others). In 1984, he joined the RAE (Royal Spanish Academy). A year earlier he had received the National Prize for Literature and shortly after the Cervantes Prize and the Prince of Asturias Award for the Arts. In 1982, he published his three-volume memoir, Memories and Oblivions. In 2006, he had the opportunity to attend the events celebrating his centenary.

He died in Madrid at the age of one hundred and three. In Granada you can visit the Foundation that guards his legacy and his ashes, deposited under a lemon tree, since 2006 in the mansion of Alcázar del Genil.

See all related El Rinconcillo and gallo magazineSee all related FriendsSee all related Writers and Journalists
This page uses cookies and other technologies so that we can improve your experience on our sites: Learn more.