Universo Lorca Events I remember and I don’t

Universo Lorca Events I remember and I don’t

I remember and I don’t 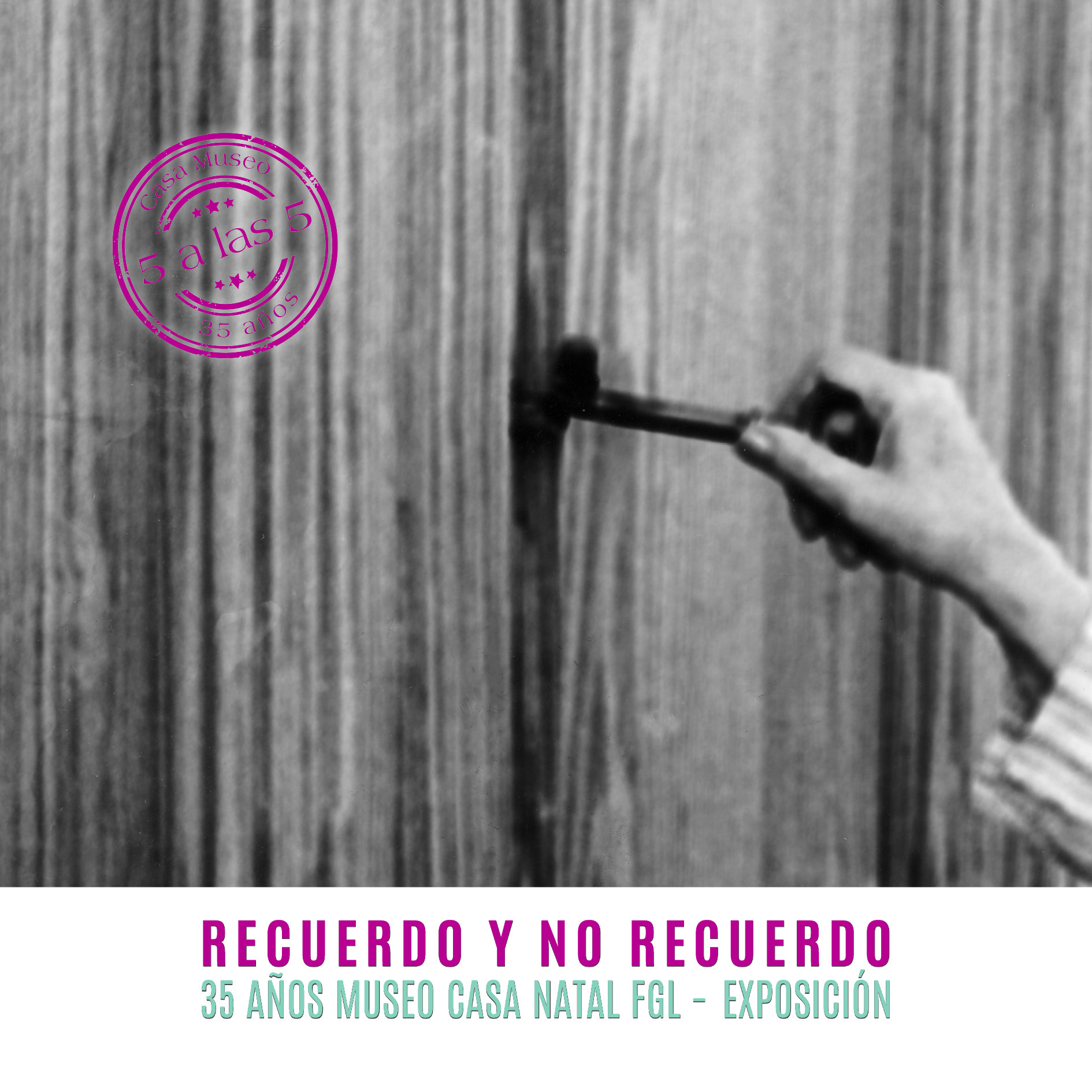 As a six-year-old boy in Bilbao, Blas de Otero saw Federico García Lorca on stage, together with Margarita Xirgu, presenting Blood Wedding. He refers to all this in a poem that the poet read on ‘Cinco a las cinco’ in 1976 and where there are some verses that are a declaration of intentions: “I remember and I don’t”. In other words, what we think happened and what has been blurred in our memory.

In the case of Federico García Lorca, we also get that impression when visiting his Birthplace and House-Museum. Have we seen this object in any of his yellow photographs? Is that manuscript unpublished or have we read it before? Isn’t that portrait like the one on a postcard we keep at home? There is something that always makes us return to that house, to Federico’s first home. And this is all due to the work undertaken by Juan de Loxa, with that unrepeatable air of Andalusian Rome that kept his mind very much alive. He knew like no one else how to rescue treasures that we would otherwise no longer remember. He remembered them and got Lorca’s friends to offer them to Fuente Vaqueros.

That is the basis of the exhibition that opens its doors at the Birthplace and House-Museum: a journey through the legacy of a poet through the eyes of another poet. It is Lorca through Loxa or, at least, as we modestly believe that the absent soul who is still present in rooms would have seen him.

The collections of this museum are unique and offer a complete look at the universo Lorca, from his birth in La Vega to his murder, including the creation of a unique literary work and a series of experiences with multiple viewings. The latter are the ones that we come across first from a selection of portraits made by friends of the poet or simply readers, from Gregorio Prieto to Juan Vida, Álvaro Delgado or Vázquez de Sola.

In another area there is a sample of Lorca’s manuscripts preserved in this house: from his “Notes for the theater” to his correspondence with Eduardo Rodríguez Valdivieso without forgetting his facet as an artist. In addition to this, there is a series of first editions dedicated by the poet.

The poet’s time is represented with some manuscripts and drawings of his friends, especially the legacy of Maya Altolaguirre or the library of Fernando Villalón, as well as the paintings of José Caballero, Manuel Ángeles Ortiz and Benjamín Palencia.

One of the great milestones achieved by Juan de Loxa was to be able to merge the archives of the most important Lorca researchers in Fuente Vaqueros. Our tour in this room takes us to the murder of the poet shown by the work of Claude Couffon, Agustín Penón, Ian Gibson and Eduardo Molina Fajardo.

This room is also supported by four objects, four fetishes that are given a museographic dimension. Linked to the life and work of Federico García Lorca, they are now museum pieces and are presented as such.